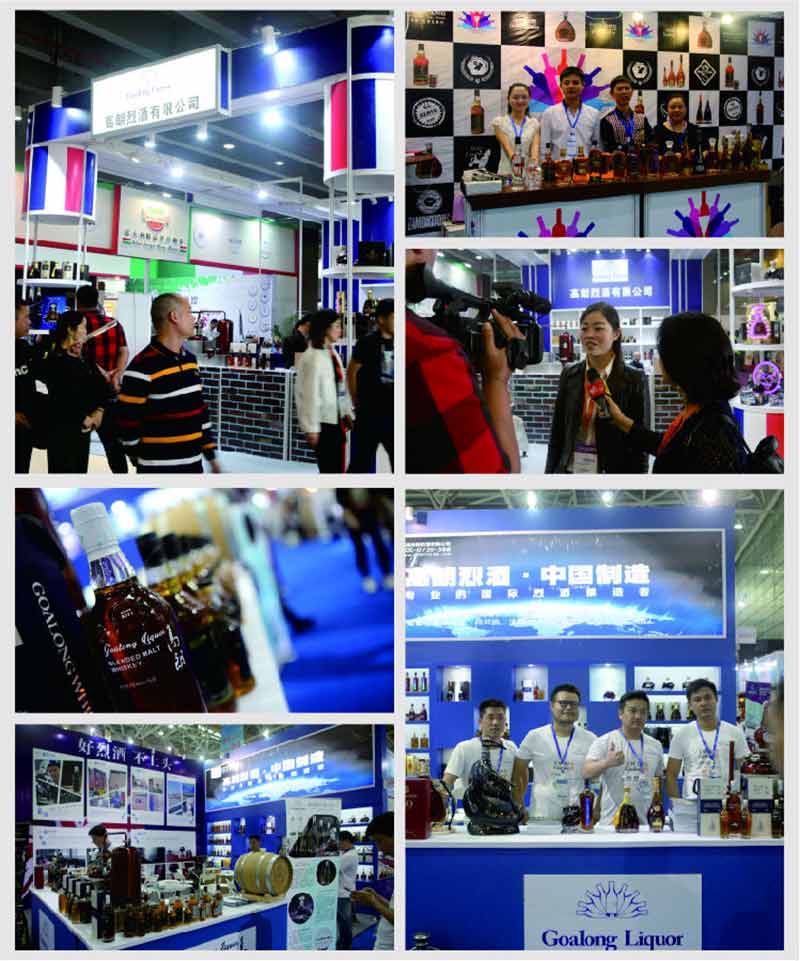 As “barometer” of China food industry, the China Food and Drinks Fair (CFDF) begun in 1955 is one of the largest professional exhibitions in China, over 3000 exhibitors and 200,000 attendees every years, drew attention to famous companies such as Remy Martin, Martell, Red Bull, etc.

As a branch of UK Goalong Corporation, Goalong Liquor dedicate to liquor bottling business in Asia market. Now we have three main series: “Goalong” whiskey, “Boucheron” brandy and “Ambiguous “Vodka. Of which Boucheron Brandy is imported from French cru and blended by our seasoned bartender, aims to create a favorable tasting brandy.

The Boucheron Five Star was introduced in the Sugar reception and has won great reputation.

Goalong Liquor is located in Southgate, London. As a result of expanding our business to global, two whiskey bottling factory were established in China, which focus on Asia market.

With 8 years development, Goalong liquor products are well accepted in China. In 2014, over 2,000,000L liquor was sold to deferent grade market.